On the evening of Jan. 13, 2017, the Tatfook A&E Group 2016 Annual Awards Conference with the theme of “15 years • through thick and thin together” & 2017 Welcome Party for Newcomers was grandly held with company leaders, guests and employees from the Group. Approximately 4,500 people gathered here to celebrate the Spring Festival Gala night. 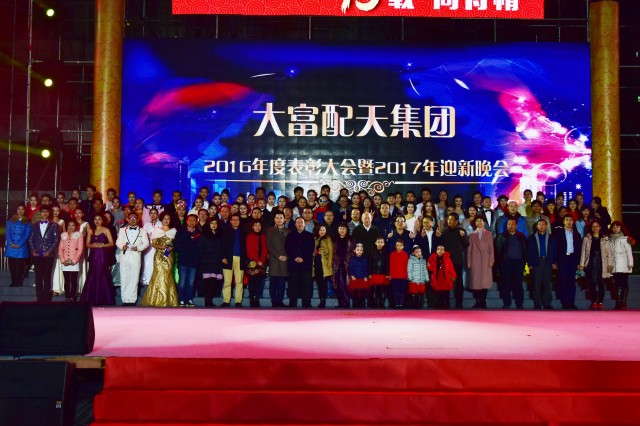 Chairman’s speech: take the right path, conform to the law, persistence and win-win

On the afternoon of Jan. 13, the group leaders, guests and employees arrived at the site of the evening party. At 18:00, after the grand opening video, the host announced the official start of the Tatfook Spring Festival Gala. A festival and lively opening dance instantly ignited the atmosphere of the audience.

In the warm cheers and applause of colleagues, Group Chairman Sun went onto the stage to give a speech and fully recognized the achievements made in the past year. At the same time, looking to 2017, he clearly indicated the work direction of 2017:”The revolution has not yet been successful, colleagues, we still need to work hard, make full preparation and achieve steady progress, we need to be modest and keep improving, increase income and reduce expenditure, which is still our main theme. With the establishment of a corporate social responsibility system, we will ensure and enhance the Group’s overall ability to achieve strategic identification, effective tactics and implementation, continuous closed loop, and spiral up progress, then further strengthen the Group’s foundation for sustainable development.” In the end, Sun also pointed out the hidden troubles in the future development. “On the way forward, we will face various challenges, but as long as we uphold the business philosophy of taking the right path, conforming to the law, perseverance, and achieving win-win results, we will surely fulfill our wish”! 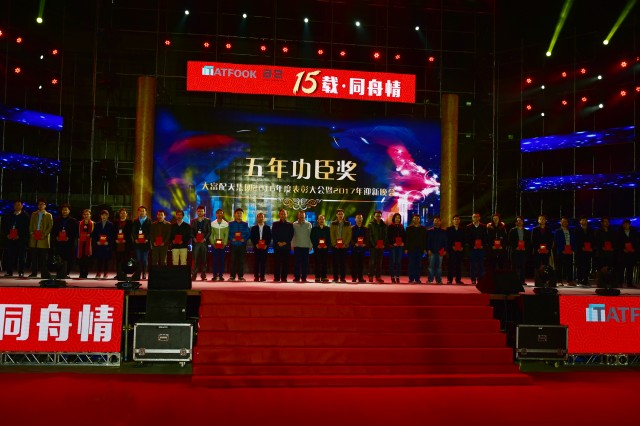 The performances are the most anticipated at the annual party. All the annual programs were directed by the Group’s employees, displaying employees’ talents and brilliance. The splendid programs brought a grand audio-visual feast to colleagues. 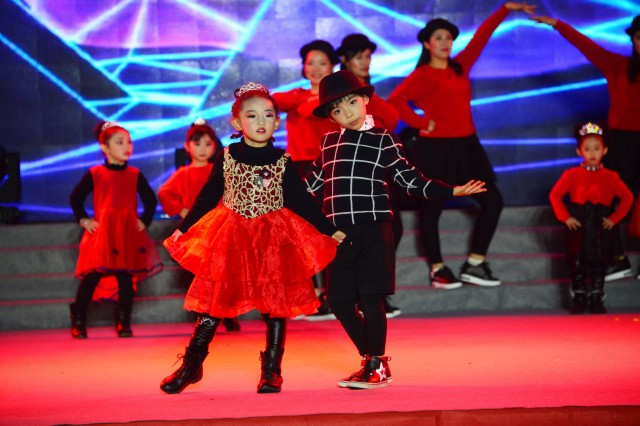 A group of beautiful hot moms from Purchase Dept. and their cute children presented lovely dance and lively catwalk show to the audience. They performances were full of vitality and fashion. A bel canto solo “Mother”performed by electronic assembly workshop reminded the audience of their beloved mother in the affectionate and beautiful music. The three short sketches had different themes, being either funny or moving, they were different but complementary to each other. There were diversified dance performances, such as the Chinese style dance “Moonlight Over the Lotus Pond”performed under the ensemble of traditional instruments such as zither and flute, and the vigorous and youthful “boom clap”, while the “Night of Broadway “made one feel like being in the opera house of “Nightlife in Shanghai” . The final song of “A Loving Family” expressed the feelings of all Tatfook people: Tatfook PT is like a big family, colleagues love and care for each other like family members.

The most exciting part was the lucky draw. Apart from the traditional third, second, first and special prizes, we also arranged the most popular and interactive “shake for red envelope”game in WeChat. Every time in the “shake for red envelop”game, the audience on and off the stage interacted actively. Everyone raised their mobile phones, there was a sea of ​​lights. At this time, the atmosphere was the most exciting, and everyone had great fun…

The two and a half hour annual party left such deep and fantastic memories. The year 2016 has gone away and 2017 has quietly begun. The development of the Group’s business depend on the support and efforts of every Tatfook A&E people. Let’s get ready and move ahead.